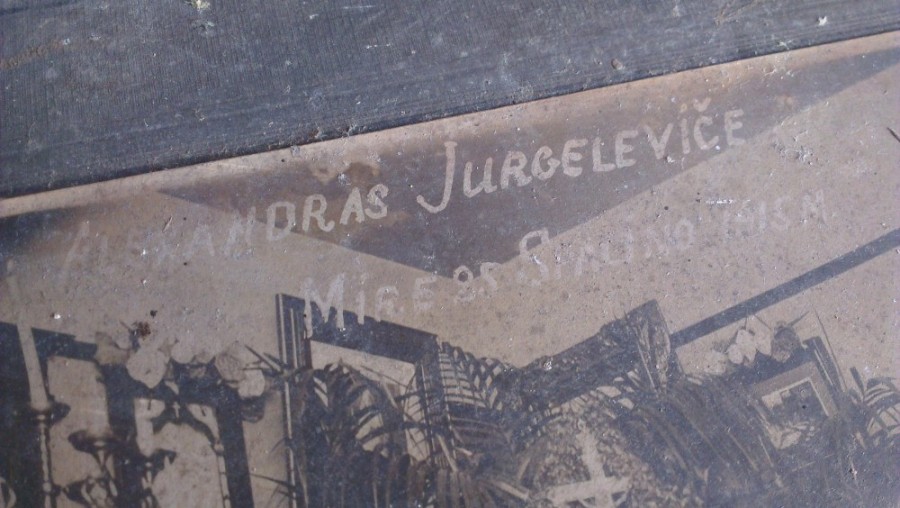 October 25, 2015 marks the 100th anniversary of an ordinary photograph with an extraordinary story behind it, linking Lithuania and America, proving that migration is a matter of an eternal loop.

In 2000, a Lithuanian photographer Mindaugas Kavaliauskas, finds himself in Chicago. He dreams that when his studies over, he returns back to his country and produces a photographic documentary project about a small community – possibly a village or a little town that could resonate the moods of his country of the pre-European-Union era. On the last night of his stay in the US, he’s invited to a Lithuanian party in South-Western suburb, Stickney, hosted by a photographer and a community soul, Algimantas Kezys, respected by those of DP generation and patron of those newly arrived. With the party over, the photographer is offered a lift to his home in Cicero by a fellow Lithuanian, who was persuading him to choose the historic village of Kražiai, as the model of the future documentary project.

In 2001, Mindaugas Kavaliauskas returns to Lithuania from his following year of studies abroad and plunges into exploration of the Kražiai village. In 2002, with a camera in hand and sound recorder in his pocket, he knocks on doors, meets people, follows them in their solitude, field work, community meetings, funerals and pilgrimages and documents their way of living, wrestling with daily hardships. In the heat of summer 2002, he spots an abandoned house with no doors and windows, just leafs of trees and heaps of photographs all over the floor. Photographer and fan of photography carefully, he cannot resist collecting the photos one after another. Upon return to his hometown, Kaunas, he discharges the photographs in the garage. 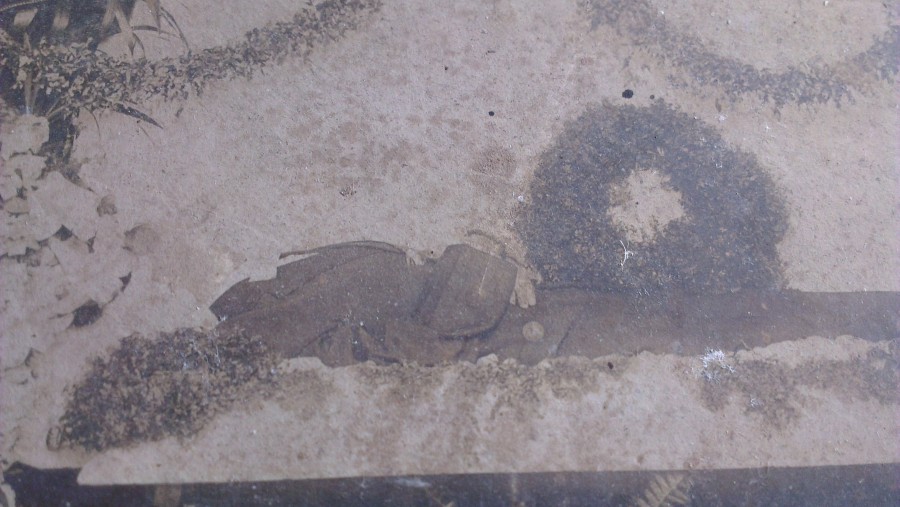 Debuting as an exhibition in 2003, “Portrait of Kražiai” was one of the first photographic works about independent Lithuania, dealing with the subject of aging population and rising migration of young to the West for better living. Exhibited extensively in art and photography spaces and galleries until present, in Europe, Australia, the project acquired a shape of the book in 2009. 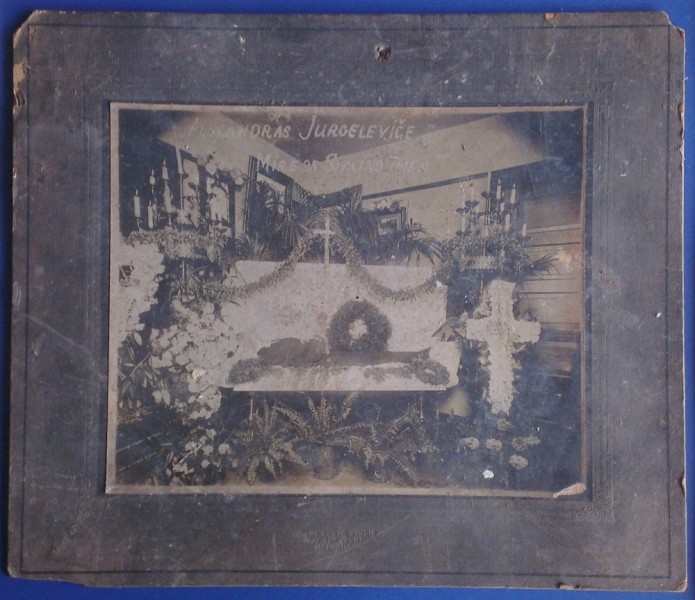 In March 2003, while preparing the first public exhibition of “Portrait of Kražiai” at Vilnius Gallery of Photography, Mindaugas picks one of the most interesting and the oldest photographs found in Kražiai and frames it. Depicting a late person in coffin, framed by flowers prior to his funeral, mentioning the name “Alexandras Jurgeleviče”, and the date of death – October 25, 1915 (“Mirė 25 spalino 1915 m.”). Surprise!… What the photographer had left unnoticed, were embossed letters on the matting of the photograph, saying: “Cicero Photo Studio, 1837-49th Court, Cicero, ILL” ….. It was the same street where he had resided during six months in the year 2000.

In 2015, commemorating the centenary of the Cicero picture, Mindaugas Kavaliauskas is looking to resolve the puzzle of the story of the studio, the person depicted, his life in Lithuania and in the USA, and voyage of the photograph across the Atlantic.

Anyone being able to bring the bits and pieces of the story is most welcome to contribute to this research.

Migration as on-going movement, is a tune set by a photograph of a late person, who years after his death on the other side of the Atlantic, returned home in a picture. The results of this research will see the light in 2016 in form of videos and, hopefully, a publication.

Do you have any information, insights about the story?

Thanks for sharing it with the photographer to mindaugas (at) kavaliauskas.eu